These profitable substances that are mined from the earth are called minerals. A mineral is typically an inorganic substance that has a specific chemical composition and crystal structure. The minerals are valuable in their pure form, but in the earth they are mixed with other, unwanted rocks and minerals. This mix of rock and minerals is usually carried away from the mine together, then later processed and refined to isolate the desired mineral. The mining industry can be dated as far back as 41000 BCE, to a mine in Swaziland. The mine, called the Lion Cave, is where natives mined hematite to produce ochre, a red pigment. Other mines found that existed during the same time frame were flint mines, which humans used for tools and weapons during the time.

Technology has come to play a greater role in the industry, making way for better safety measures and reducing the amount of workforce needed for a job. The steel industry has especially benefited from this, with some companies reducing manpower by up to 90 percent. The current high levels of investment in new technology suggest that for large mining operations there is a focus on long-term value. Newer methods of exploitation will emerge to maximize production in a cost-effective way. Innovation along the entire mine production chain begins with drilling technology as can be seen in the new development of fracking. Investments in technology with result in more effective, durable and autonomous drills. These investments have already started to pay off in big ways, with new oil deposits in the Midwestern United States being discovered recently that were previously inaccessible with the mining technology available then.


Safety in the coal mining industry has moved up in the political agenda in both the Western and Asian markets. Mine safety is continually improving, and there is a growing willingness on the part of international organizations to support initiatives to improve health and safety. Mining is investing in long term growth. Since commodities are needed in every economy, this industry has a positive future outlook.

With the rapid development of alternative energy sources for many applications, improved batteries with increased storage capacity have become critical to world growth. As a result the lithium, cadmium, and graphite markets have seen an increase in demand; especially high purity, large sized graphite flakes, which are able to attract a significant premium in the current market.

Graphite is a form of elemental carbon, the other two being coal and diamond. It has a black to steel grey colour and usually leaves a black streak on the hand when touched because of its extreme softness and greasiness in its natural form. It is opaque, even in the finest particles. Graphite is a good conductor of heat and electricity. It can stand temperatures up to 3,000oC in an inert atmosphere, though in the presence of oxygen it burns between 620oC and 720oC. It is unaffected by most acids and reagents, but yields graphitic acid on treatment with a mixture of potassium nitrate and nitric acid. Graphite has the highest natural strength and stiffness of any material currently known.

Most people are surprised to learn that a lithium-ion battery contains 20 to 30 times more graphite than lithium. These batteries are becoming increasingly popular in power tools and electric scooters, with some cities in China already only allowing electric scooters on the road. Growth will be further accelerated with increased use in hybrid and fully-electric passenger and utility vehicles. Graphite also finds extensive use in nuclear reactor fuel cells, solar power storage systems and electronics ranging from smartphones to laptops. It has been categorized as a critical, strategic mineral by several governments, including the United States and governments in the European Union. Other uses include crucibles for melting non-ferrous metals, lubricants, foundry facing, pencils, protective coatings for wood, construction materials in the aircraft industry, and large industrial applications such as the electrodes in electric furnaces.

This is the most abundant form of graphite and has a relatively low carbon content of between 70% and 80%. There is no visible crystallinity, and it is not of a suitable quality for most applications.

Flake graphite is a less common form of graphite, with a carbon range of 85% to 98%. It is priced approximately four times higher than amorphous graphite, and is used in many traditional applications. These include lubrication additives and furnace electrodes, where the graphite is introduced as a paste that is continuously fed into the top of the electrode while it burns away at the other end inside the furnace.

Large flakes are desirable for many of the emerging technology applications such as Li-ion battery anode material, and as a result the larger flake sizes tend to attract a better price.

This is also referred to as vein, lump, or crystalline vein graphite; and it is currently only extracted in Sri Lanka. The carbon content of high crystalline graphite ranges from 90% to 99%. Due to its scarcity and high costs, the viability of using this type of graphite in most industrial applications is limited.

Synthetic graphite is a manufactured product made by high-temperature treatment of amorphous carbon materials. In the United States, the primary feedstocks used for making synthetic graphite are calcined petroleum coke and coal tar pitch. This makes it up to 10 times more expensive to produce than natural graphite, and as a result, less appealing for use in most applications.

Graphene has in recent years generated a large amount of interest due to its very unique properties. It is a natural material that is the basic building block of graphite, achieved when the thickness is reduced to less than 10 atoms. Although it was “discovered” in the 1940s, it took until 2004 before scientists figured out how to isolate it from graphite particles, using what is termed a “scotch tape” exfoliation method. Since then there has been tremendous interest in graphene, with research scientists demonstrating its suitability for combination with a vast range of materials, to greatly enhance the performance of those materials. There has also been an explosion in the number of patents being taken out, as industry has been preparing for the start of the new and deeply disruptive “graphene age”. The table below lists the key properties of graphene that industry is seeking to employ. 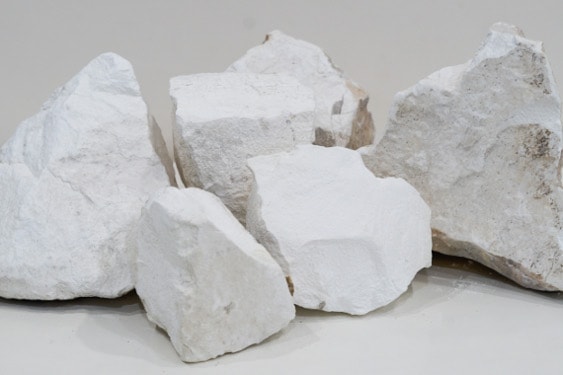 All about Quicklime & Calcium Oxide